Here are the frogs  and Toads that can be found in Hawaii: 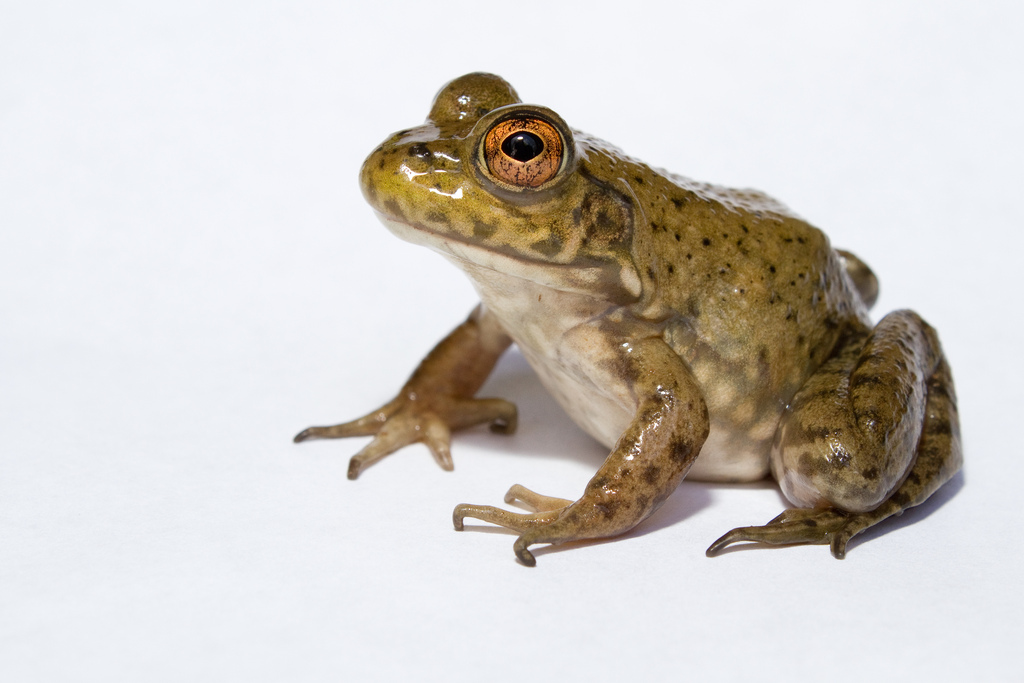 The American Bullfrog is the largest frog in North America. They can grow up to 8″ in length and weigh up to 1.5 pounds.  The bullfrog is unique as it can be found in freshwater ponds, lakes and marshes throughout Canada, United States and as far south as Mexico and Cuba.  They are typically mottled green or gray-brown with brown spots. The American Bullfrog can be found on all main islands. It was introduced onto the Big Island from Northern California in the late 1800’s as a food source and insect eater.

The female bullfrog can lay up to 40,000 eggs multiple times a year.  It has a very deep call which resembles the mooing of a cow.  Watch the video above to hear!  Both genders of the bullfrog croak.  Their calls may be heard day or night. 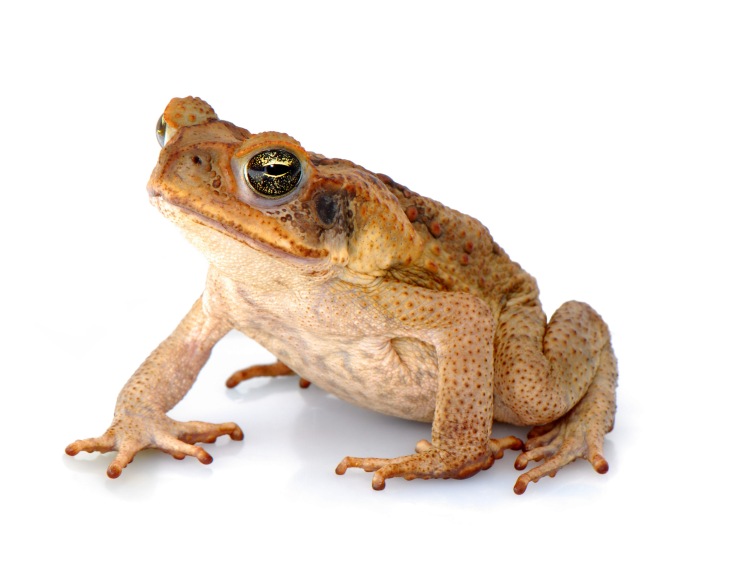 The cane toad is the largest and only toad in Hawaii – typically they will remain less than 6″ however they can reach up to 9″ in length. The body is tan to reddish-brown and back is marked with dark spots. They were introduced into Hawaii in 1932 when 148 were released on Oahu to control sugar cane beetles.  It is now found on all main islands.

Male calls with a melodic trill.  Females will lay up to 20,000 eggs at a time.  Listen to the call above.

The coqui is listed as an invasive species within Hawaii.  It is requested that you call 643-PEST or go to 643pest.org to report any sightings.

The coqui frog can be up to 2″ long and range from a yellow to a dark brown coloring.  They typically have a visible stripe across their back, however they will not always have this.  This frog was introduced into Hawaii accidentally in the mid-1980’s stowed away in some potted plants.  By 1988 their were 7 populations of the coqui on the big island.  In 2003, there were over 400 populations found.  They are now found on the Big Island, along with Oahu, Maui and Kaui.

The coqui frogs do not have a tadpole stage so they do not require water to reproduce.  Froglets hatch around 2 weeks later.  Its call is a ko-KEE which is rather loud and can be heard all night long.  It is said that there could be up to 55,000 frogs per 2.5 acres (1 hectare).  They eat over 50,000 insects a night which endanger Hawaii’s native insects and birds.

The greenhouse frog is unique as its eggs are enclosed in a thick membrane and laid singly in a concealed damp location. They then pass through the tadpole stage while in the egg and emerge as fully developed frogs about 2 weeks later. The males call sounds like an insect chirp or tiny sneakers squeaking on a gym floor.  Listen to their call above. 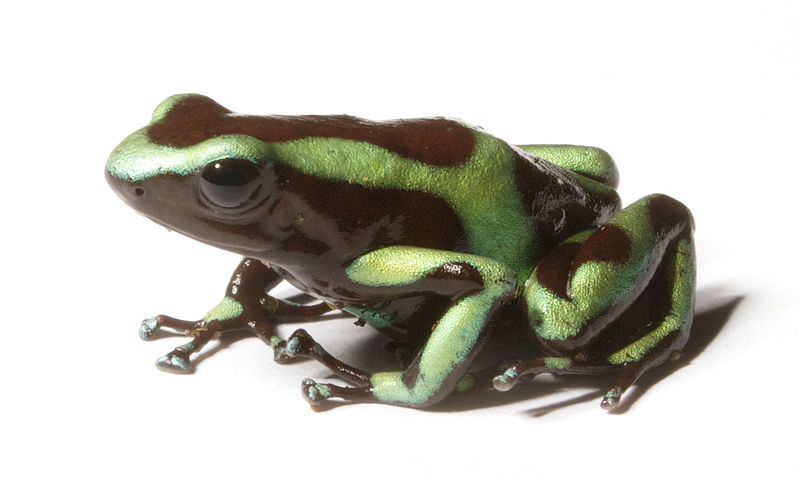 The Hawaiian poison dart frogs are metallic green with brownish – black spots, however globally there are many color variations.  Check out my round-up of all the color variations here.  Like their name suggests, they are poisonous, however they are not poisonous to humans unless ingested.  They were originally introduced into Hawaii in 1932 when 206 specimens from Panama were released in upper Manoa valley to control non-native insects.  A few populations still persist in the mountains and valleys in Oahu.

Males will transport tadpoles to a stream.  The male call sounds like a squeaky buzz.  listen to the call in the video above.  The dendrobates auratus has been listed as least concern within endangered species.  Currently the population is considered controlled within Hawaii as they only lay 6 eggs and can be easily caught by humans; Oahu however is overrun. 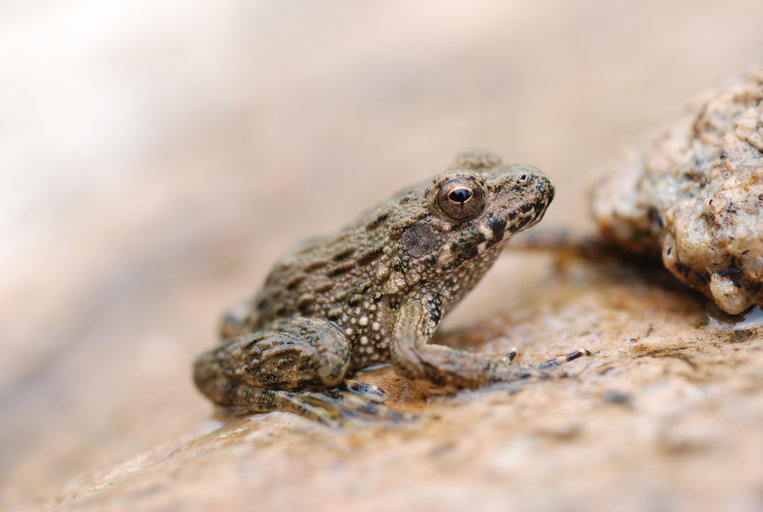 The wrinkled frog is typically dark brown to a grayish brown coloring with black spots on its stomach.  The skin is very warty and wrinkled.  It produces mucus on its skin which has a distinctive odor.  The frog itself can reach 2″ in length.  It was introduced from Japan in 1895 to control insects.  It was released on Oahu, but by 1936 it was reported in Maui and then in 1953 it was found on Kauai and Big Island.  It is found near sea level to an elevation of 1100m.

The female clutch size varies wildly and they can lay between 400-1300 eggs.  In the background of the video above you can hear a bird- like sound.  That is the wrinkled frog calling.  It is a very pretty call. 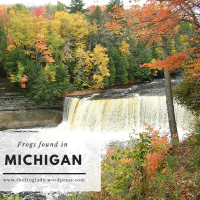 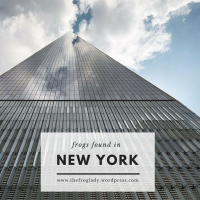